Scroll down, or navigate using the menu bellow to jump to the sections

About us How it works Pricing and returns 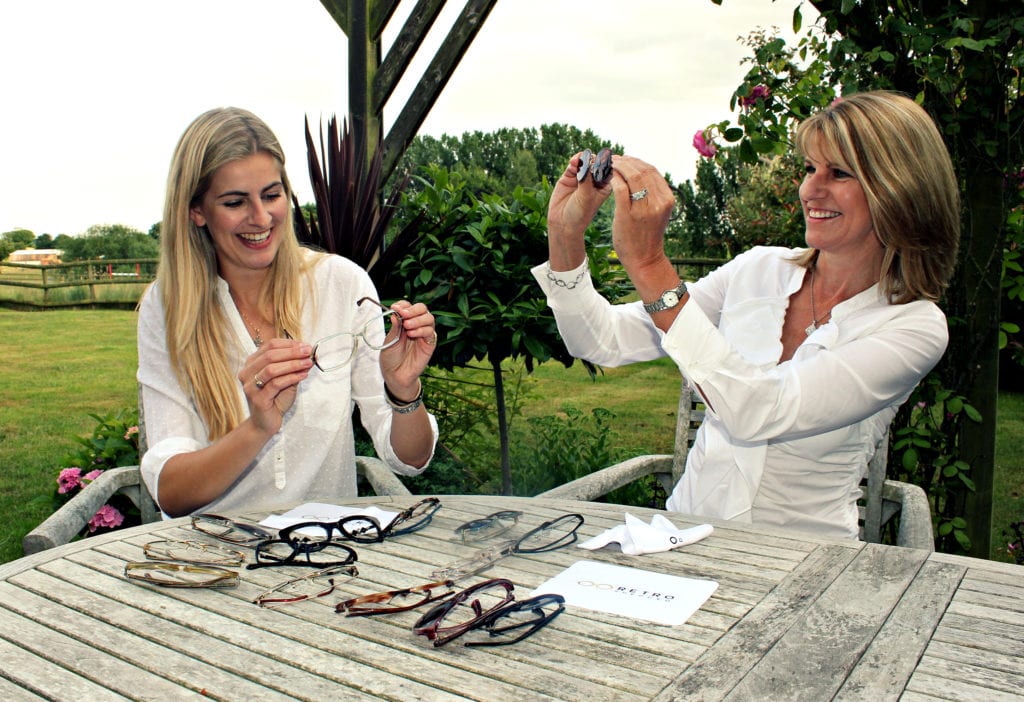 Where we began
and why we did
what we did

Retrospecced recycles and refurbishes retro and designer spectacle frames. It’s a unique social enterprise founded by Tracey and Lucy, a mother and daughter who are passionate about sustainable fashion and who believe in the power of business to be a force for good.

The concept of Retrospecced was born when Lucy had her new pair of designer spectacles. She asked her optometrist, (who happens to be her mother Tracey!), what she should do with her old Prada frame and whether it could be donated to charity. Her old Prada frame was immaculate, as she’d only ever used them for night driving and so they were hardly worn. Lucy, like many people, thought that they could be donated to charities such as Vision Aid Overseas, distributed and used by people who would really benefit from them.

She was aghast when she realised that this doesn’t happen any more – it’s a logistical nightmare for charities to exactly match up someone’s prescription with an appropriate pair of donated frames, and a few years ago the World Health Organisation recommended that sending glasses overseas was not the most sustainable way of providing eyecare in the developing world (read more about this here). Instead, the donated frames are recycled for their scrap metal value; this seemed such a waste for the thousands of pristine frames donated each week like Lucy’s Pradas. 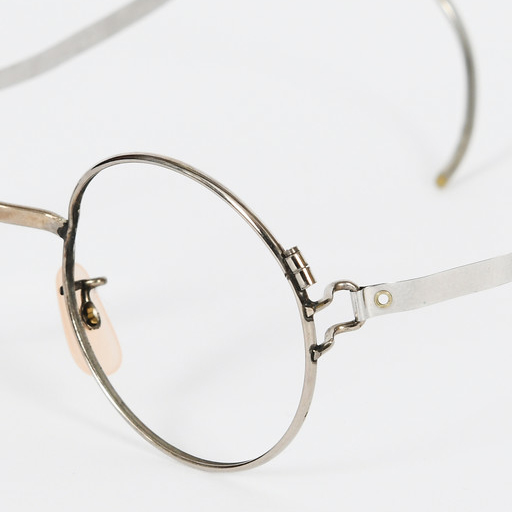 Tracey and Lucy thought that there had to be a way to better utilise these donations for the sake of the charity, so the idea of Retrospecced was born! 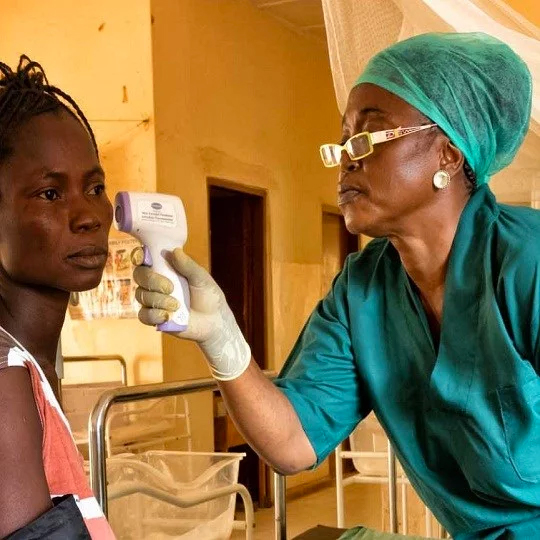 We have partnered Retrospecced with the charity Vision Aid Overseas. We refurbish and upcycle frames like Lucy’s old pair, as well as incredible antique and retro frames, and donate 20% of the profits from the frames sold directly to Vision Aid Overseas on your behalf. Our experienced glazing house can expertly glaze any of our frames with prescription or sunglass lenses, meaning you can fully customise your purchase for a unique look! The concept of Retrospecced means that these donated frames can be enjoyed by someone else and at the same time raise money for a really good cause.

Vision Aid Overseas needs money to fund their work providing eye care across the developing world. Retrospecced help them to raise money from the sale of select upcycled and refurbished donated frames, so by buying a pair of ‘Retrospeccs’ you will not only be supporting the sustainable fashion movement – you will be helping those in the developing world to see and work and support their families. 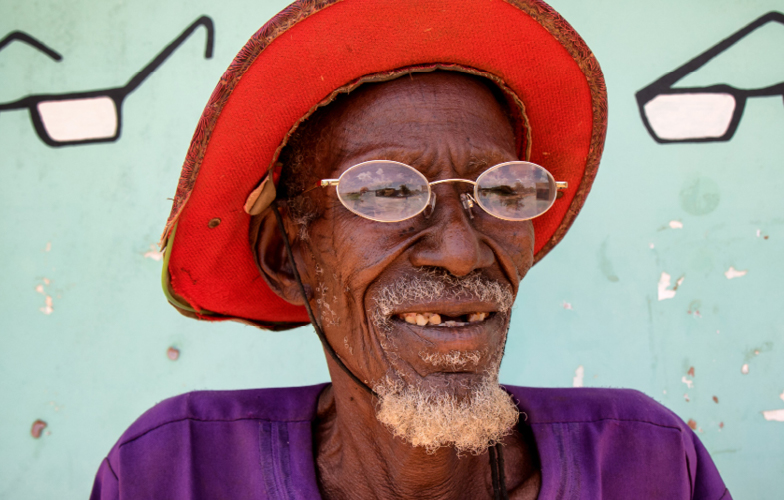 Donate your old spectacles and contribute to charity

Choosing Retrospecced for a fabulous, individual look means that you are also supporting an ethical, sustainable fashion movement and you are making a substantial donation to a very worthwhile charity. 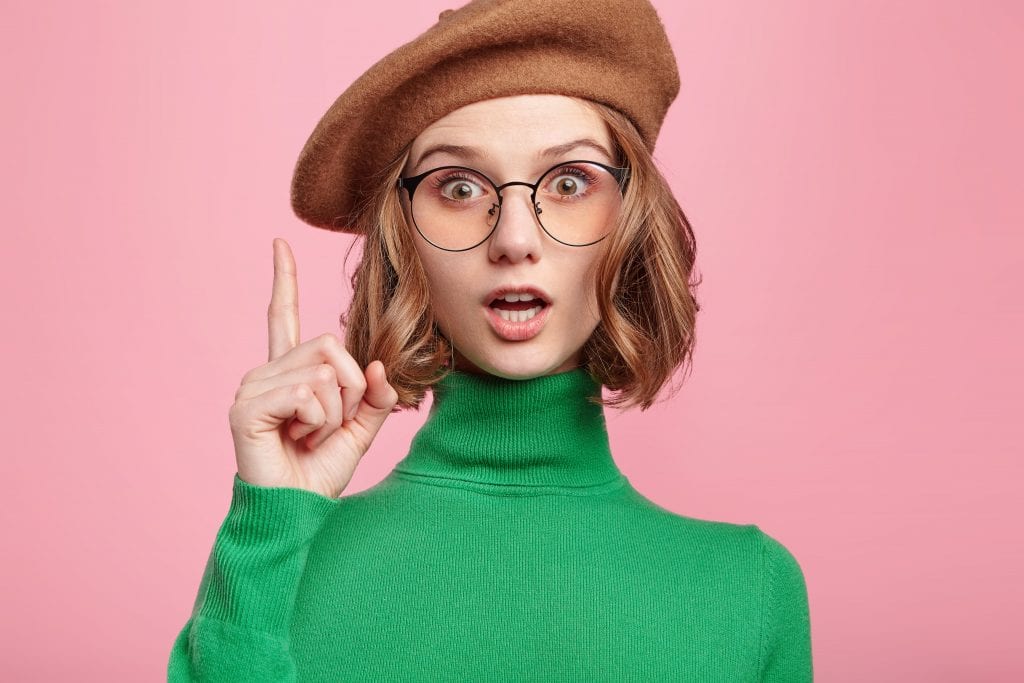 Retrospecced exists to give these fabulous retro, antique and designer frames a new lease of life.

At Retrospecced we work with the charity Vision Aid Overseas, who are the recipient of up to 70,000 donated frames each week, to go through the donations and select the very best of these frames to refurbish for Retrospecced. The frames we cherry-pick for you include some brand new designer frames as well as some amazing retro and antique designs. 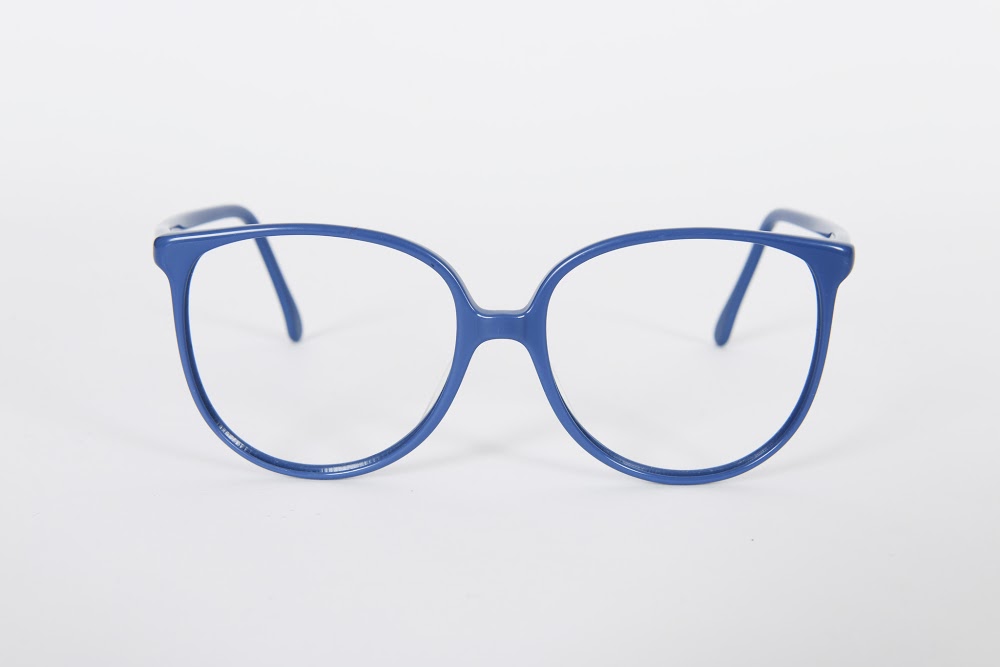 Local stakeholders are trained to provide eye tests and dispense the correct prescription lenses to people as and when needed. The donated used glasses are now sorted through by charities such as our partner Vision Aid Overseas, who pick out those which can be recycled for their precious metal content or re-sold. The rest of the glasses are taken to a Recycling Facility.

We make each frame unique!

All frames are ultrasonically cleaned and fully refurbished. The frames can then be supplied with lenses for your prescription. Our highly experienced glazing house is able to cut and fit lenses to delicate older frames as well as to modern designer models, allowing you to try a unique look for a competitive price.

On our sales pages, select the pair of frames that you like. Not sure which ones to go for? Select up to 5 pairs for hometrial! We are pretty picky with which glasses we sell; there might be some minor wear and tear, particularly in the vintage frames, but we don’t sell any frames that we wouldn’t be happy to wear ourselves.

You can then choose whether you would like to buy the frame only – in which case you can head straight to the checkout – or you can customise them with whichever lenses you like. Let us know your prescription if necessary, and we will arrange for your glasses to be glazed before we ship them out to you.

If you have old designer spectacles, or even antique / retro spectacles in your possession that you’re wondering what to do with and are too good to throw away, please do send them to Retrospecced to be upcycled and also contribute directly to our partner charity, Vision Aid Overseas.

Spectacles must be in pristine condition. For each pair that we are able to use, you will receive a £5 voucher towards your next purchase from Retrospecced. 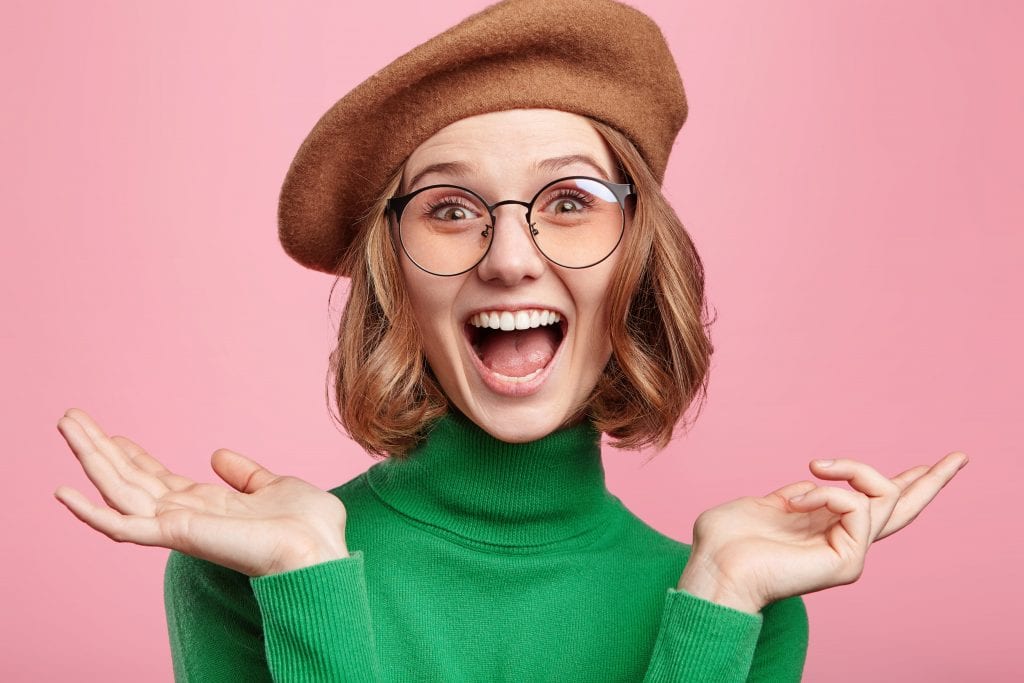 with 20% of the frame price being donated directly to our partners Vision Aid Overseas on your behalf.

Please see below for glazing options if you would like us to customise your new frames. Our experienced glazing house can add in prescription lenses (clear or sunglasses) as well as non-prescription tinted or mirrored sunglass lenses for you.

If you are unsure what you require or want to discuss options not offered here, please don’t hesitate to contact us at [email protected] and we will get back to you as soon as possible.

We offer free shipping throughout the UK (or you can choose to have recorded delivery for a small fee). We also happily ship worldwide for a flat fee!. If you bought a few pairs as part of our hometrial service, then although we don’t offer free returns we do give you £5 off the cost of adding in lenses, allowing you to re-coup the postage costs! Please note that for international shipping you are responsible for all customs charges.

Can I try the frames on?
Yes! We now offer a home trial service - you can find out more here! If you are torn between a few pairs and unsure which will suit you best, you can purchase the frames you're interested in (without lenses) and they will be posted out to you. Once you have tried them on and decided which frame or frames you would like lenses in, pop them all in the post back to us. We’ll send your chosen frames off to be glazed, with a £5 voucher off the lens price. We refund you for the frames you don’t keep! All frames should be returned to: Retrospecced, 39 Bridnorth Road, Compton, Wolverhampton WV6 8AF.
What is my Pupillary distance (or PD)?
Your PD is the distance between your the centre of your pupils. It is important that the centre point of each prescription lens lines up with your pupils in each eye, so that the pair of glasses perform as well as possible for you. This is particularly important if your prescription has a high-strength.
How do I find out what my Pupillary distance is?
Usually the optician will not include this with your prescription, so you should ask your optician for your PD following your eye test. If you do not know your PD, we may be able to make your glasses using an average PD measurement (based on a survey of 4,000 people). However an accurate measurement is preferable and so we would ask that you measure this yourself at home.
How do I measure my Pupillary distance? 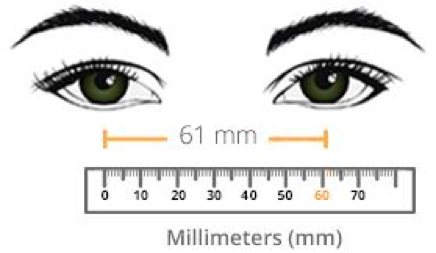 Have another question? Please just ask

add some vintage to your life 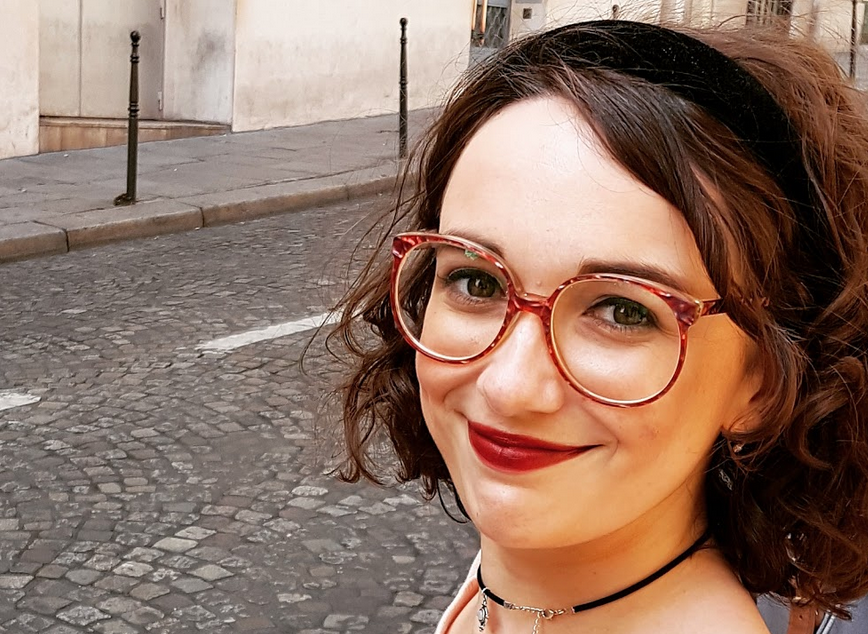 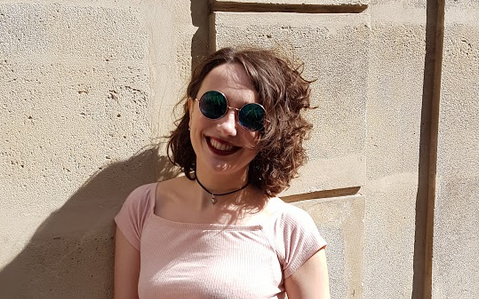